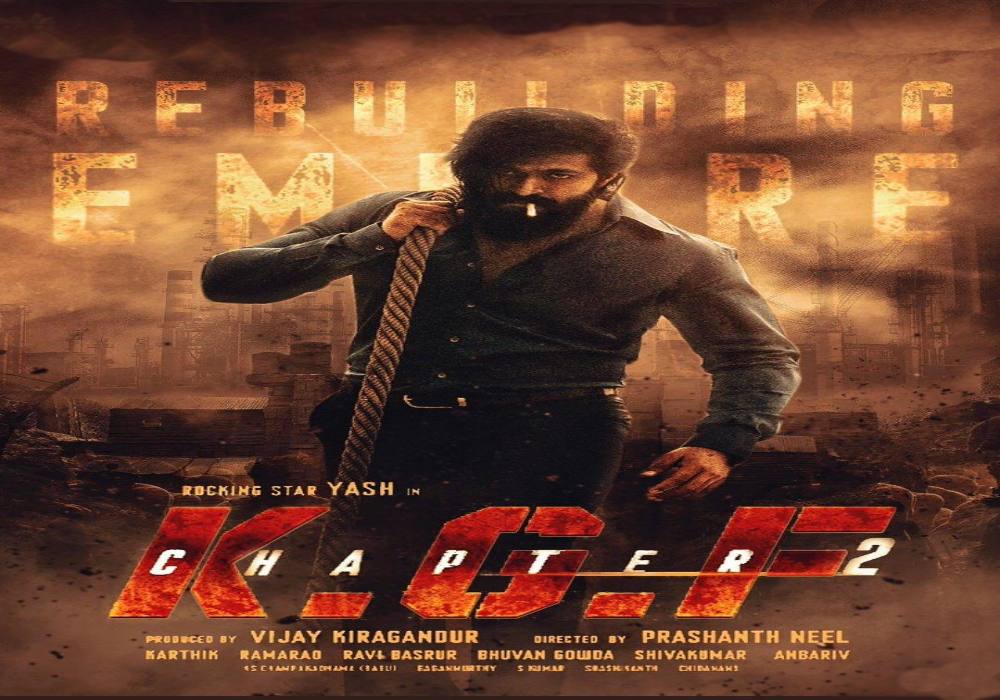 Finally, the most awaited sequel of K.G.F was released on the 10,000 screens worldwide on 14-April. K.G.F: Chapter 2 was written and directed by Prashanth Neel under the Hombale Films. After the release of KGF 1 in 2018, chapter 2 become a sensation in Indian cinema. Peoples are excited to watch their favorite Rocking star Yash as “Rocky Bhai”. But Fans are not only excited for Rocky Bhai they are waiting for the first look of Adheera (Villain) played by khalnayak of Bollywood Sanjay Dutt. In a press release, Sanjay Dutt committed that Adheera is as brutal as Thanos of Marvels Studious.

The KGF chapter 2 begins right where part one ended, Rocky Bhai kills the Garuda and declares herself the messiah of KGF workers. After that scene, all the gangsters are waiting for the new controller of Eldorado. They are thinking about Virat (Garuda Brothers) but are shocked by the entry of Rocky.

Fans also claim it is one of the best entries of Kannada cinema. The movie consists of most of the old characters but added three new villains Adheera, Ramika Sen, and Inayat Khalil. After becoming the messiah of KGF workers they are ready to die for Rocky. But the main problem for Rocky is how to handle vast Eldorado without support also when others are trying to take control.

Here we get the entry of our supervillain Adheera. The director and makeup artist’s effort can be visible on the face of Adheera. The looks of Adheera resemble the assassins of African Kabile. The rest of the movie is rounding around how the rocky handles the villans and mines all the gold from KGF.

The budget of KGF chapter 2 is around 100crore. According to the trade analyst Manobala Vijayabalan’s tweet, KGF 2 has made more than 625crore worldwide after just five days. It already surpassed the records of Dangal, Bahubali 2, RRR, PK, Robot 2.0, and Bajrangi Bhaijaan in its first week.But the craze of Chapter 2 is still on boom producers expect it will cross 1000crore in the next week.

After beating Salman khans Sultan, Rocky Bhai become the new Sulthana of Indian cinema. Fans are appreciating the acting of Rocking star Yash and the looks of Sanjay Dutt. K.G.F Chapter 2 Review and Cast, After watching the movie few fans are also confused about whether Rocky is a good guy because he helped the 20,000 workers of KGF and provided them shelter, food, clothes, medicine, etc or he is a Bad gangster because he start continuously mining without thinking about the workers.

Well, the answer is clear he is not a gangster he is a monster. Talking about success, the director Prashanth told PTI, “When we started with the film. We never thought that it would be this (big) and that we would be here today”. In my opinion, if you haven’t seen KGF chapter 2. What you are waiting for booking your tickets now and joining the Rocky Bhai army.

The Chapter 2 post-credit scene is the biggest hint of Chapter 3. In the post-credit scene, after the three months of Rocky death, a CIA official hands over a file listing Rocky’s crimes in the UN and 16 other nations to Ramika sen. In the present day, the caterer or peon of the news channel finds the final draft of KGF Chapter 3 in Anand’s room. Also in one of the interviews director, Prashanth said: “If people love KGF chapter 2, we could think of continuing the franchise”. K.G.F Chapter 2 Review and Cast, Let’s see who will be the new villain or will Rocky take revenge on Ramika sen.