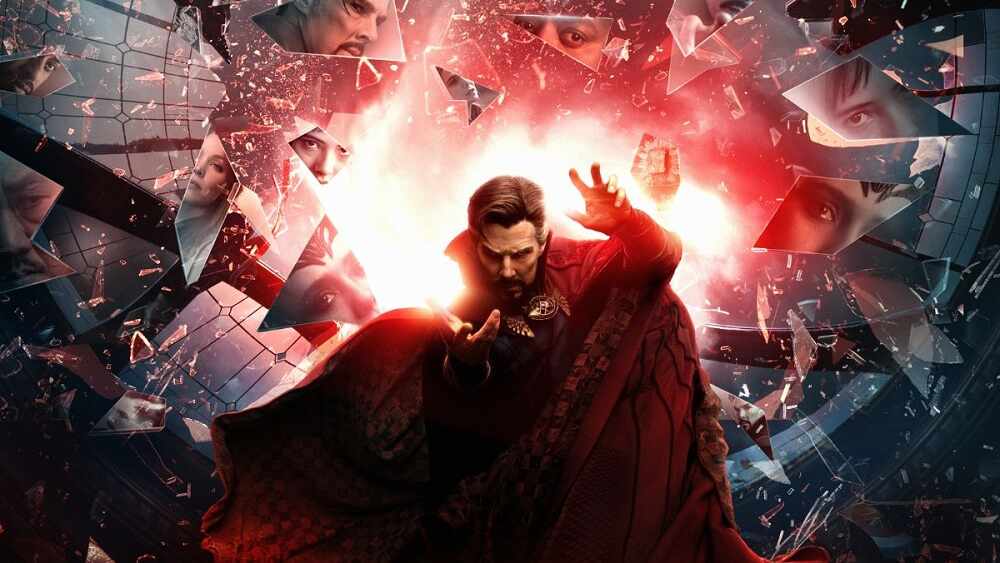 Finally, after a long wait of nearly 6 years, Dr. Strange fans get the second sequel as Doctor strange: multiverse of madness. Doctor Strange played by Benedict Cumberbatch, is her second solo movie in MCU, and the 28th movie of the Marvel Cinematic Universe. The movie directed by most legendary horror director Sam Raimi. So you can expect it can be the first horror movie in the MCU phase 4 maybe that is the reason behind the PG-13 rating. The duration of the movie is 126min, and every minute is filled with real madness.

The movie story starts from the end of Spider-man: No way home, where doctor strange cast a spell and due to changes in the spell, it opens the door of the multiverse. The villains from different universes start to come but somehow they handle it, but do you think everything is over. No, it’s just the start of the madness of the multiverse which we are going to see in Doctor Strange 2.

In the first scene from the teaser, we can see our Doctor asking Wanda about the concept of the multiverse. Then we can see Wanda in his witch dress casting a spell inside a candle circle. Few fan’s theory also claims that it was not Strange who opens the door of the multiverse, but it is Wanda (played by Elizabeth Olsen), who does this to get their children back in Wanda and Vision series. Well if you want to know who starts this, you have to watch a movie. The appearance of the Illuminati is also in the movie where they locked Dr. Strange and may blamed for the reason for multiverse chaos.

Did Marvel make a horror movie?

The name of director Sam Raimi is enough to answer this question. There are also a few scenes in the trailer to support the answer. The very first one is where we can see Wanda the witch casting spells. Another one is zombie doctor strange with multiple hands and the last one is the worst version of Doctor Strange 2. So the answer is yes, Marvel is entering the horror films with the concept of the multiverse.

This movie will be going to open portals of upcoming MCU movies. The movie contains a very strong story writing and direction. Fans are so satisfied with movie. Few peoples also claim that it will break the records sets by Spiderman: No way home. Benedict Cumberbatch (Dr. Strange) shows their talent skills perfectly. But the fame captured by Elizabeth Olsen (Wanda) whose work is A+ in the movie. Most of the users commented that Elizabeth is alone capable to handle the whole movie on her back. The movie used very high visual graphics. It also gets a 7.6 IMBD rating.